Cameroonians have a passion for luxury cars but just few can afford to pay for a luxury car as a result an average Cameroonian usually go for used Toyota cars from Europe or the united states. Most Cameroonian prefer Toyota cars because of it’s reliability and the availability of spare parts in the country. Cars like Toyota Carina E, Yaris, Avensis, Rav 4, and Hilux are among the highest used cars present in all major cities in Cameroon today not living out Toyota corolla which is the best selling car of all time with around 37 million global sales since it was first produced in 1966 (dailymail.co.uk). The inexpensive four-cylinder sedan with its small size and fuel efficiency is one of the reasons most Cameroonian's go for it. Toyota Corolla has undergone 10 iterations of upgrades since it was produce in Japan.
Unlike Toyota, other Japanese cars like Lexus are also making a big influx into Cameroon. These cars are known to provide the comfort that is absent in Toyota cars. But at the end of the day its all a matter of what you want. If you are looking for a car that is reliable, take you to and from your job side and at low cost my best bet will be a Toyota car. Toyota might not offer flashy cars but it is well known for its reliability and affordability by an average Cameroonian. If you need a great driving experience and an extra feeling of a car, that is where Lexus comes into play. For example most Lexus cars below 2010 are equipped with a dynamic cruise control and a panoramic glass roof which are absent in Toyota cars of same age range but all this features found in Lexus comes at a great cost which confirms the saying that “Comfort comes with a price”. It is for this reason that most Cameroonian's prefer Toyota. 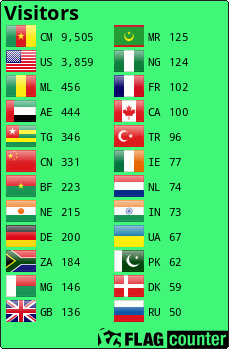